Here's a photo from my return from Pennsylvania yesterday, taken on Buffalo-Pitsburgh Highway (PA219). Imagine seeing this as you accelerate out of a long and fast sweeping turn: 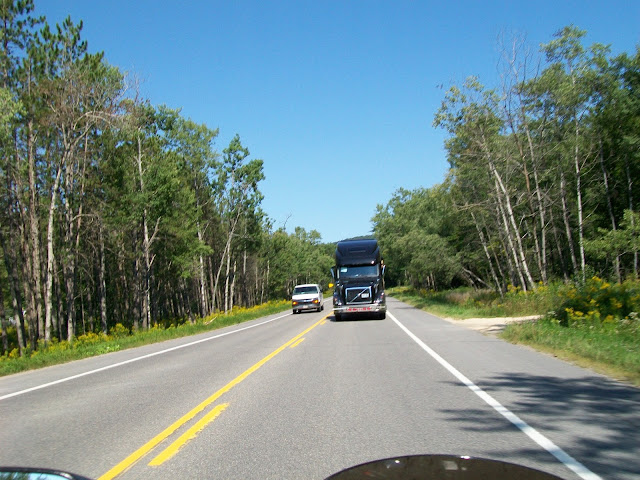 That scene gave me a pretty good scare for a moment until I realized the truck is moving in the same direction as me. It was just towed by another truck as they often do in US and Canada, sometimes towing two or even three trucks in a row. Thankfully I've seen it before so the scare didn't last long enough to require a change of underwear :).

If that truck was really coming my way there would be no chance to avoid becoming its hood ornament, even if I had both hands on the handlebar (which I didn't, left was holding the camera that took the picture :) ). Very scary and sobering thought.