Up before five, on the road at six. Alea iacta est. 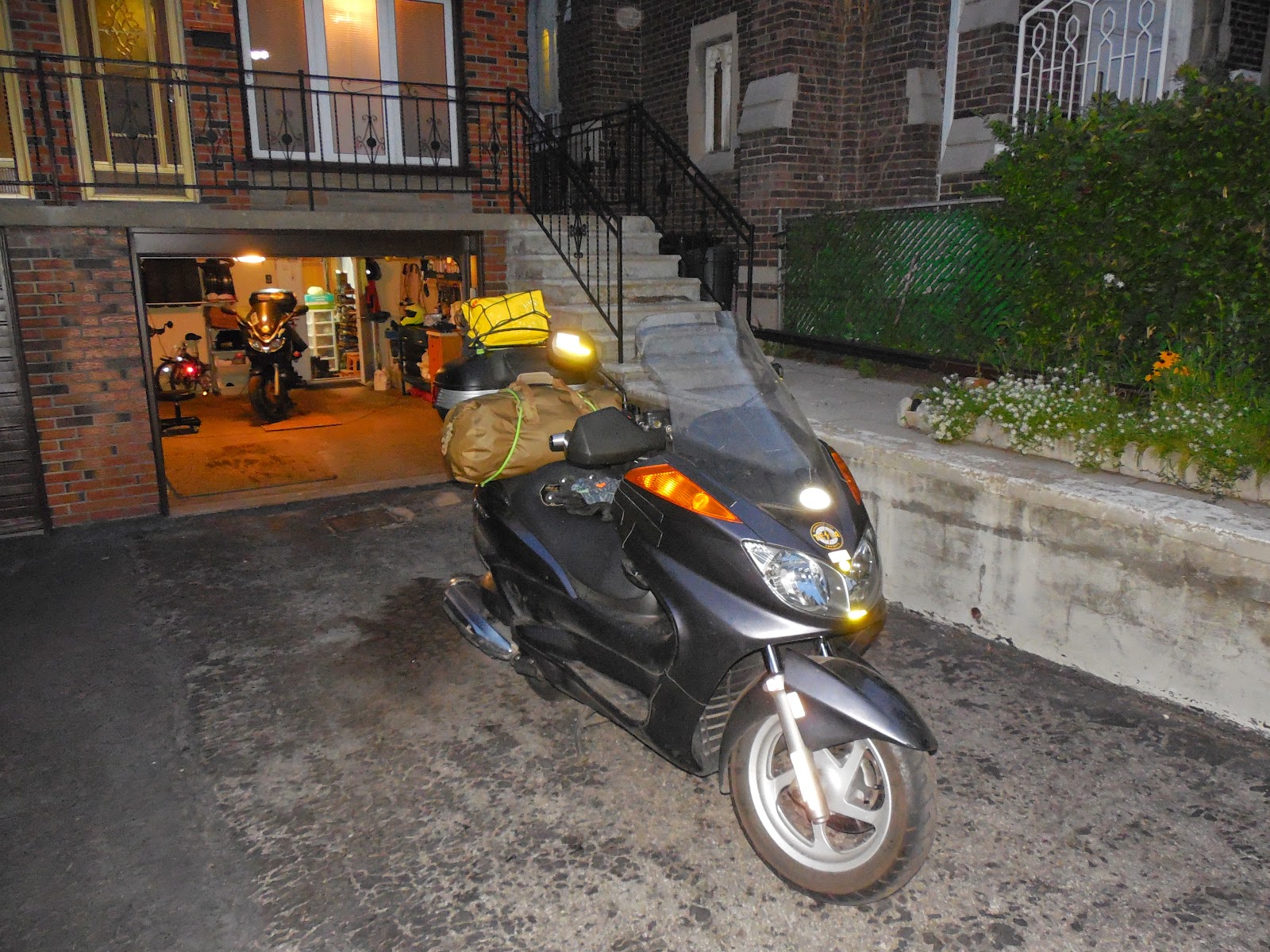 I wasn't feeling in my element for the first few hours, but then got into the groove. Having 10L of extra fuel allows me to push it a little, stopping only every ~240km. Weather is cooperating and traffic is light. It was a gorgeous red sunrise and down to 14 this morning. It's 25 now and clear. Having lunch in Tims in a place called Saint-Something-or-Other. Every place in Quebec (with the exception of Quebec City and Montreal) seems to be named after a saint and has at least three hyphens in it. My favorite is Saint-Pierre-de-la-Rivière-du-Sud :). Sign makers must be making a killing here. You can tell life is more relaxed because it takes forever to get an ice cap. I have ~500km to go.

After lunch everything fell in place and was going smoothly. It's been my personal experience that the best hour of any riding day is one right after lunch. Anyway, this one didn't last. Just before Quebec City I got stuck in a major gridlock,  that stretched for at least 10km. At the same time,  the sun decided to come out behind the clouds. I was dressed for 15, not 28, so I got very uncomfortable very fast. After half an hour of more stop than go torture (at least I didn't have to hold the clutch) I removed whatever clothing I could, but I was still feeling like I'm going to collapse from the heat. This wasn't going anywhere, so I decided to lane share/split just so I can move fast enough to cool myself. If they pull me over, so be it. Apart from several envious cagers trying to cut me off (there was ton of space in the wide lanes) people were quite accommodating and moved over to let me pass. I got off at the next ramp, made a detour and got out of that predicament. Going away from Quebec City,  I saw about 10km of stopped vehicles on the other side of the highway. Whatever caused this gridlock, it was ugly. 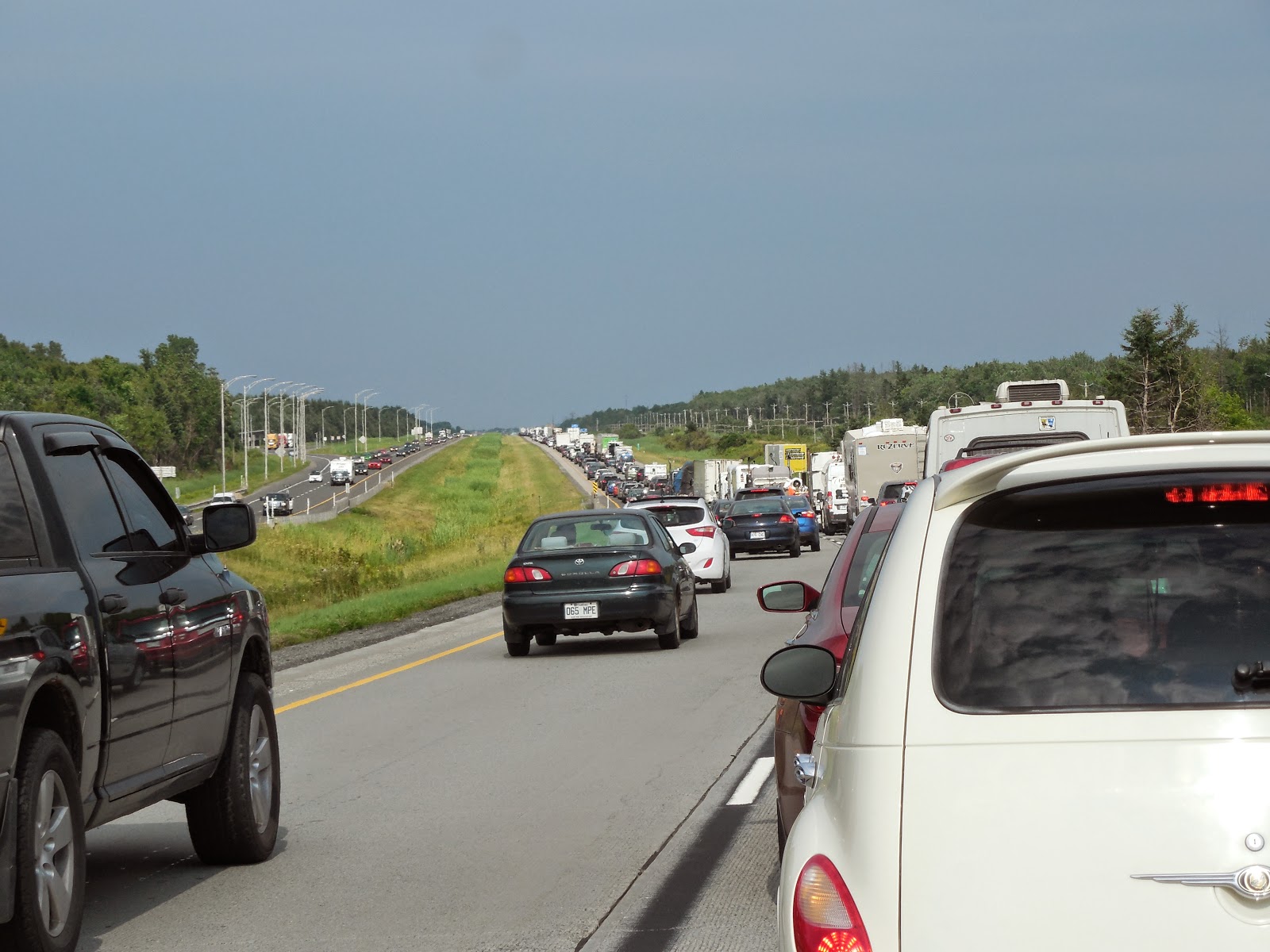 That was my second trial of the day. The first one was getting incredibly sleepy between 8 and 9. I wanted to pull over and take a nap, but there were no decent rest areas in Ontario,  so I held on hoping it will pass or I'll find a good spot. To my big surprise it did pass and I was not sleepy any more. It must have been my body rebelling for having to wake up at 5AM :).