After a good night on the ferry (got a four bed cabin with a shower all for myself) went on to Cabot Trail for a loop. 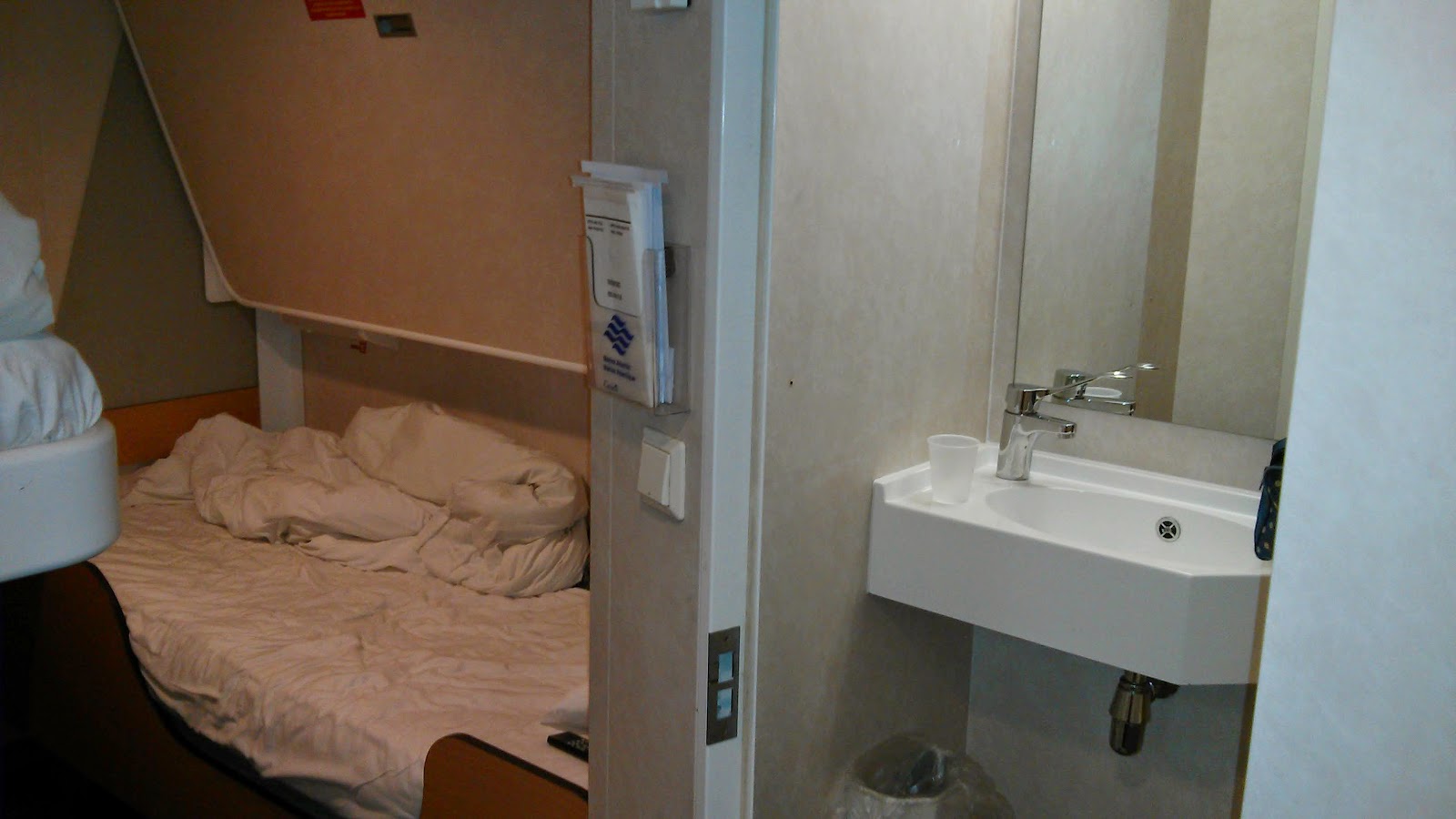 It would be cramped with four people, but it was like a palace for one. The best shower I had so far on this trip - no trickle-to-save-water shower-head and water that actually rinses the soap.

The rain clouds were threatening all morning but not a drop until I reached Meat Cove. Now enjoying fresh crab rolls while giving the rain a chance to pass. I'm sleeping at my friend's in Halifax tonight so I don't worry too much about being soaked by the time I get there :).

I did get rained on about four times today, the weather was so variable. It was never enough to get to my skin, but it was annoying because it was hot and I kept stopping to take off the jacket and put it back on. During one of those "reconfigurations" I forgot the camera on the duffel bag and lost it. I'm trying not to think about all the great pictures from the last few days that went with it :(. On the positive note, it made me go up and down Mackenzie Mountain twice searching for it for 50km. Couldn't find it, but left my info with park rangers in case it shows up in lost and found.

I've ridden Cabot Trail before, but it seems to be a different experience every time. Certainly worth a little detour if you are in the neighborhood. The rest of the ride was just blasting on the highway to Halifax to visit my old friends the Krstic family.

Washed all my dirty clothes at Krstics. That jacket and pants were really stinky. Now trying to figure out whether to take the shortest route home and get there one day early or take three full days and enjoy some more interesting roads and sights. I think I'll let the weather forecast decide for me. No sense riding a scenic road when you can't see anything from the rain and all you can think of is warm shower and dry clothes. I experienced so much in the past seven days that it may be considered greedy to ask for more.

I briefly considered taking the Lighthouse Trail to Yarmouth and then the ferry over to Portland Maine, but decided that four ferry rides would be too much for this trip.
Posted by Vlad