Today's blog is postponed in favor of the pleasure of spending the evening with my new friend Eldor from Montreal. We met on the road, shared the experience and have many more stories to tell each other. See you on ADVrider Eldor!

Tomorrow will probably be the most challenging day of my riding career. Over 600Km of unpaved road under construction, 400Km between gas stations...

Edit: As I was leaving Labrador city around 9AM I expected the pavement to end very quickly. For some reason I thought the entire stretch to Goose Bay is gravel and based on the experience from the previous day was very worried if I'll be able to make it. So, I kept a steady and brisk pace but without pushing it on the road that resembles 60 through Algonquin park, expecting gravel around every turn. 40km in, and still no gravel. I was enjoying the scenery and wasn't paying attention to my speed, but it's fair to assume that I was going somewhat above the limit of 80. No other traffic, but a cop cruiser coming towards me. I wave at him innocently and watch as he turns on the cherries and makes a U turn behind me. Oh-oh. I stop, dismount, take the helmet and gloves off and greet him. I was going 121, he said. Long story short, I got the most minor ticket he could give me and a bunch of useful advice about the road ahead. He tells me that I'll have no problem reaching Goose Bay for the night, which set my mind at ease. It would have been nice if my record remained spotless, but i can live with $50 and no points.

Half way between Labrador City and Goose Bay is Churchill Falls. You can pass it, except for the fact that it has the only gas station in 500Km. I spoke to the lady owner and told her that's the best business to have, but she tells me it's hard to find anyone to work it. That seems to be an ongoing story in these parts - plenty of well paid work but very few people who want to live here. 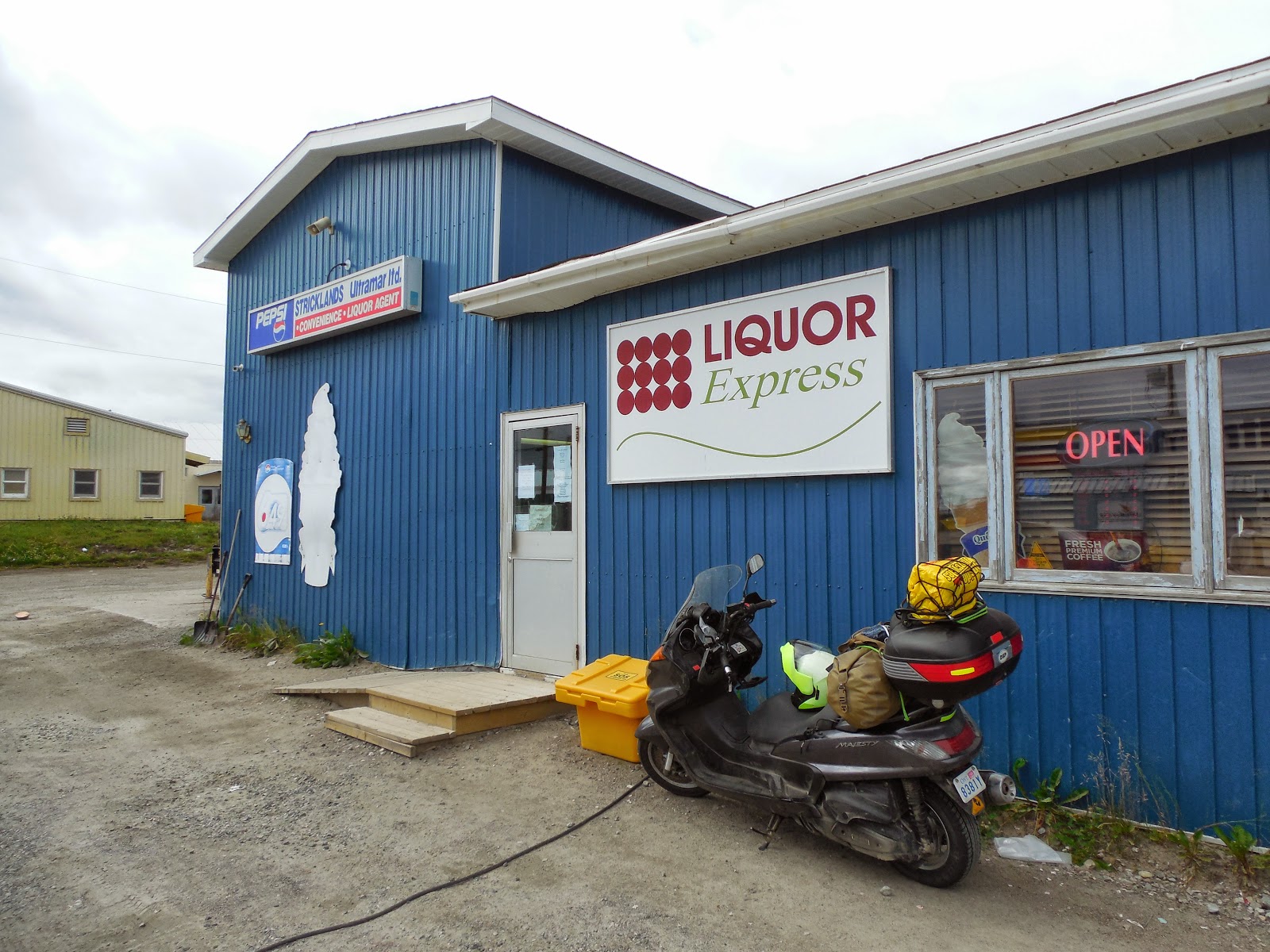 She offers me a 5L jerry can if I need it. It was left there by an ADV rider as a "pay it forward" gesture. I gratefully decline since I already have 10+5L extra gas storage. 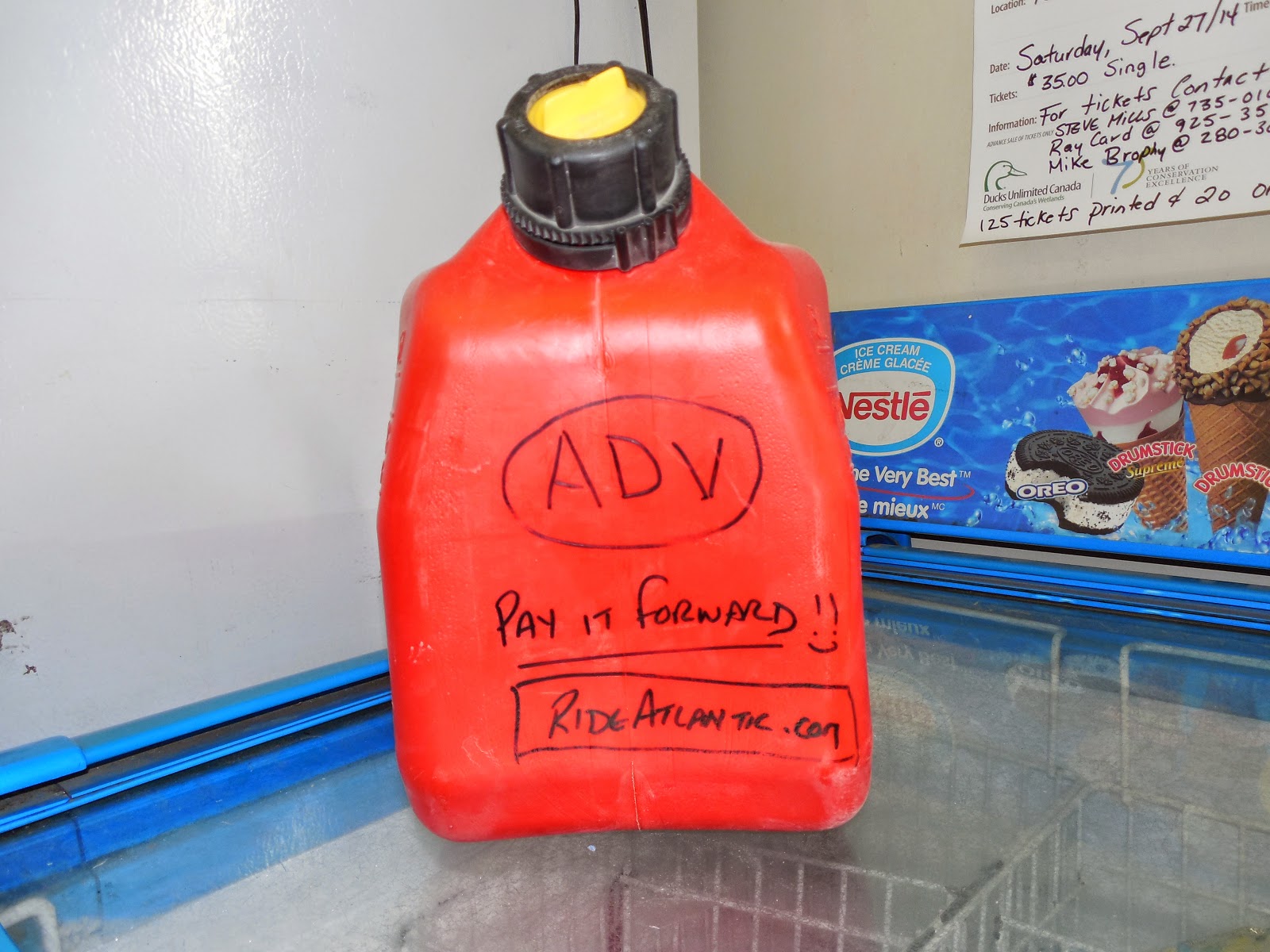 As it turned out, there is just 70km of gravel on this section and that was well packed and gave me no trouble whatsoever. Listen to that, "just70km" :). Only a few days ago that would sound more like "Holy mother of dirt, 70km of gravel!" :)

On the second stretch of pavement, also very nicely executed with long sweeping turns and excellent asphalt, I caught up with a fellow on BMW GS. He's going relatively slow (I'm guessing around 90) but I figure he's enjoying the scenery or maybe just obeying the speed limit, so I pass him with a wave and continue on. About 20Km later, I enter a region of burned taiga and pull over to take some pictures. A few minutes later, the guy on the GS catches up with me and stops. 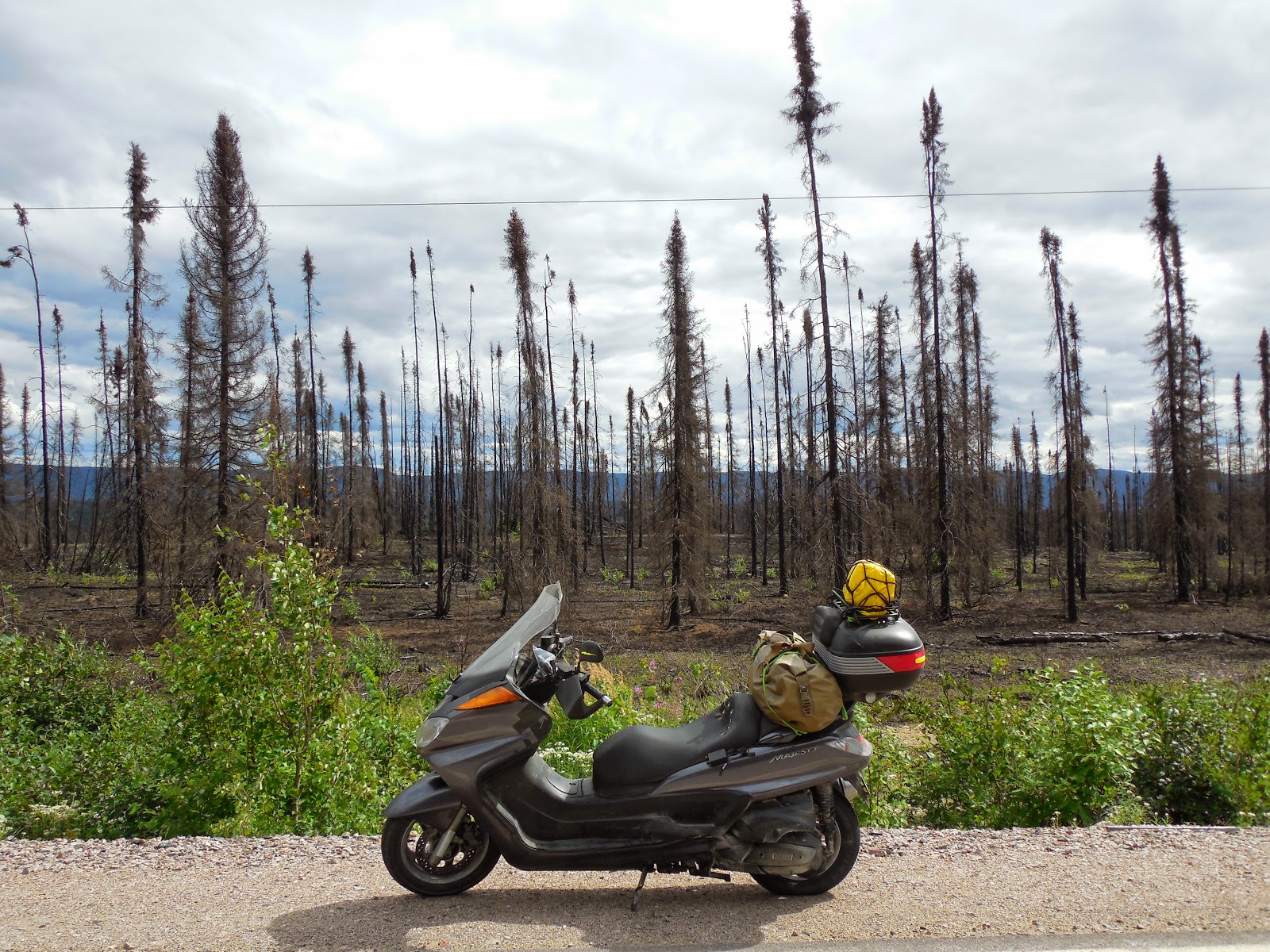 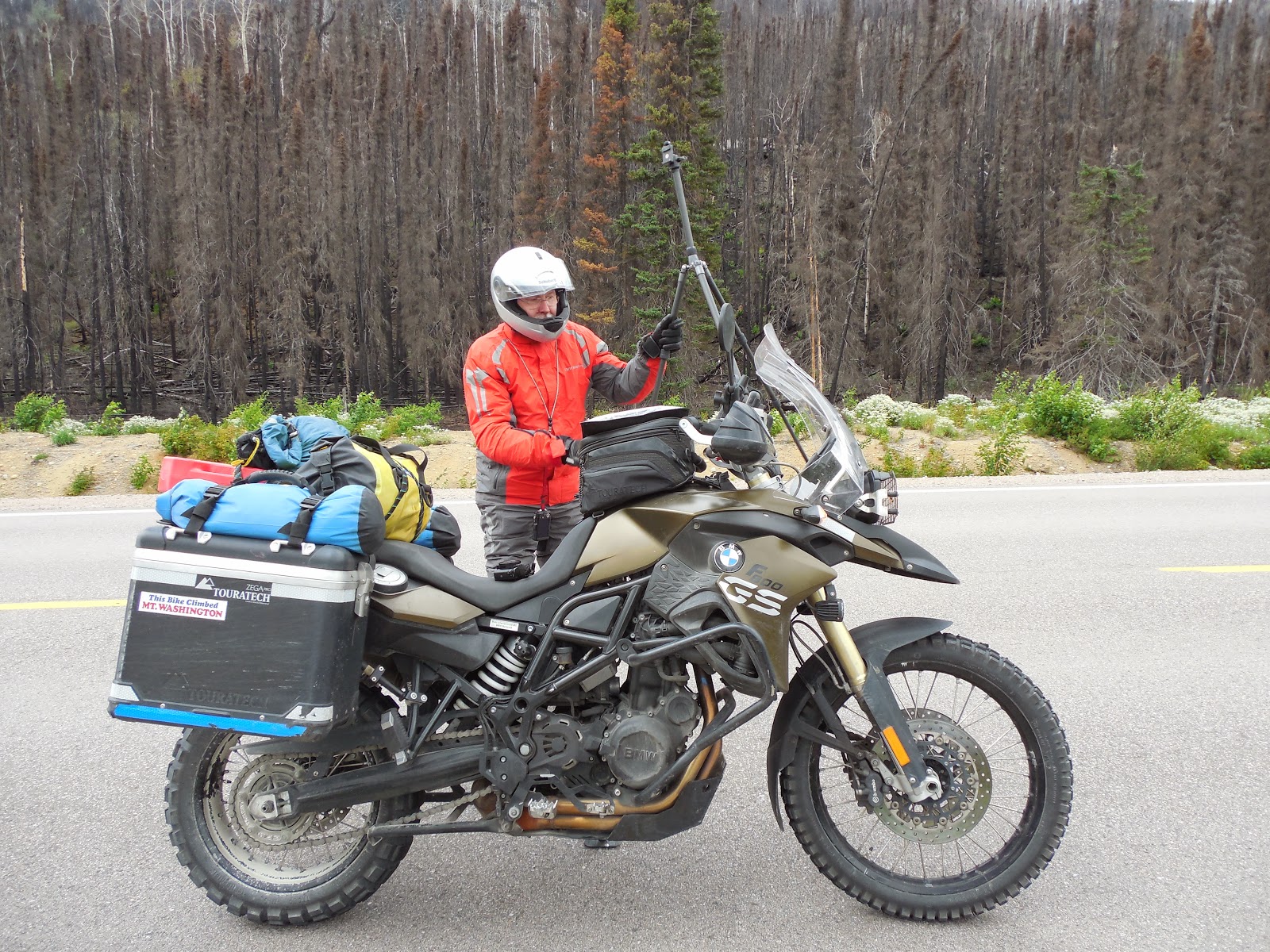 A bond between people sharing the same passion is always there, but not always this instant and sincere. We start talking like we've known each other for years and decide to ride together for the rest of the day. Eldor doesn't have any accommodations booked and I have a reservation at a B&B where he may be able to stay too. Since I know where to go I'm obviously leading, so I ask him which pace he would like to take and he replies something like "I'm fine with whichever speed you want to go". The rest is history, but I'll let Eldor tell the story since he does it so well :).

We found accommodations and had a great dinner together getting to know each other better. Eldor is a colorful character in his own right, and although he says I'm completely nuts (and I take that as a great compliment) he has his own type of crazy too. We are different, yet the same, and our passions have the same intensity and depth.

Over 500Km of unpaved road awaits me tomorrow. The most challenging and adventurous ride of my life. Eldor is skeptical about me making it in a day to Blanc Sablon and he showed me some pictures from previous ride reports that made me question my own sanity (it doesn't happen often, I tell you :) ). Mud, potholes, graders, bikes with the wrong side up, people pushing each other through it, the works. Well, I'll do my best and if that is not good enough so be it. Eldor decides to spend the next night at Port Hope Simpson, 400Km from Goose Bay, and head on straight to Blanc Sablon ferry early in the morning. We say goodnight hoping to meet again at the ferry to Newfoundland.