I went on a test ride today to check on several things:

- Charging system. I needed to know whether I'll be overloading Majesty's alternator (i.e. draining the battery) by having it power the GPS, phone, tablet, heated grips and heated jacket liner at the same time. I used this nifty little voltmeter to keep an eye on the voltage. 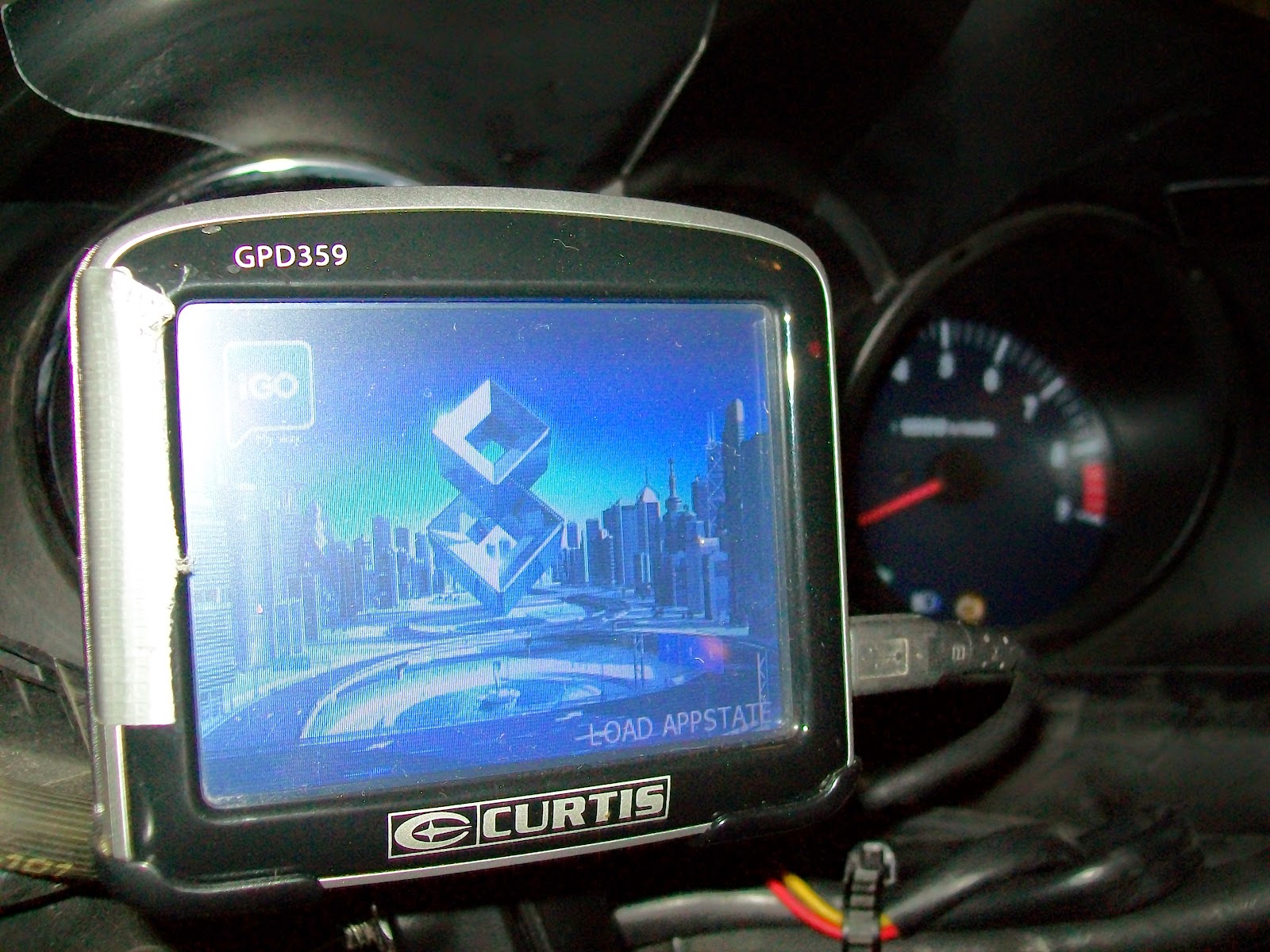 - Boots. I have a pair of Thor motocross boots that are extremely rugged and waterproof, but brand new and stiff as a ramrod. Unsuitable for walking any farther than to the gas station washroom. Can't shift in them to save my life and that's why I never wore them. They are also a little small. I have a pair of nice Alpinestars boots I bought in Salt Lake City last year. Now that I laid it out like this I'm wondering why I'm even considering that medieval-armor-like footwear :). They look (and feel) like something Thor would wear. However, they will protect my feet, ankles and shins considerably better than the alternative. I once crashed in the forest with motocross boots on and even though I hit a boulder pretty hard all I got was a banged toe. I broke four ribs, but that's a different story :). 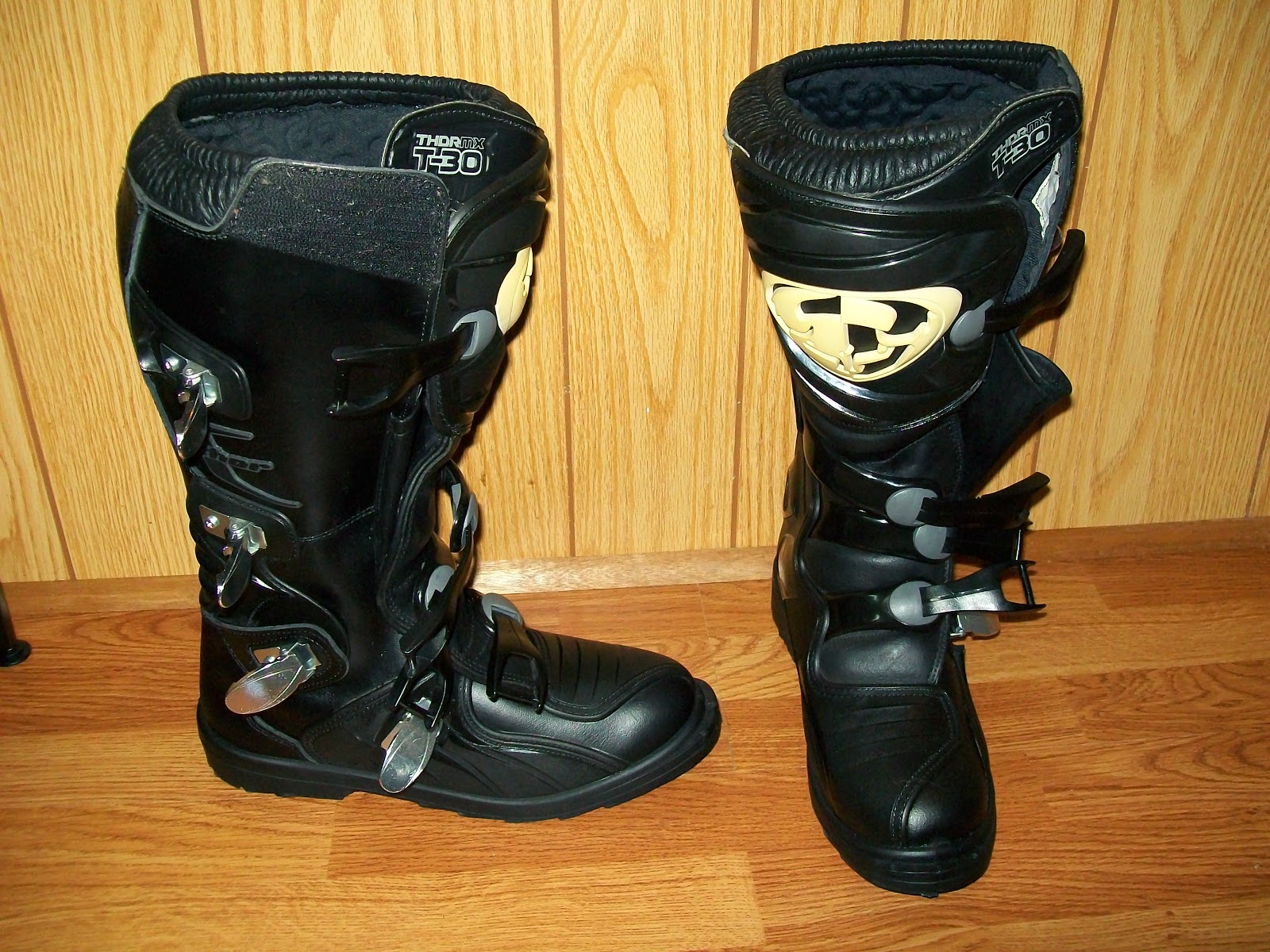 
Charging seems to be working OK. It's hard to gauge for sure because the voltage varies between 10 and 14. It mostly hovers around 13, so it should be fine.

GPS is doing very well. There's barely a hint of vibration in its mount at both high speed and idle. I doubt it will die on me, but I have two others (phone and tablet) plus a paper map to fall back to.

Boots are a flop. After for hours, 150Km and a couple of short walks they felt like wearing some medieval torture device. Alpinestars waterproof touring boots will do just fine. 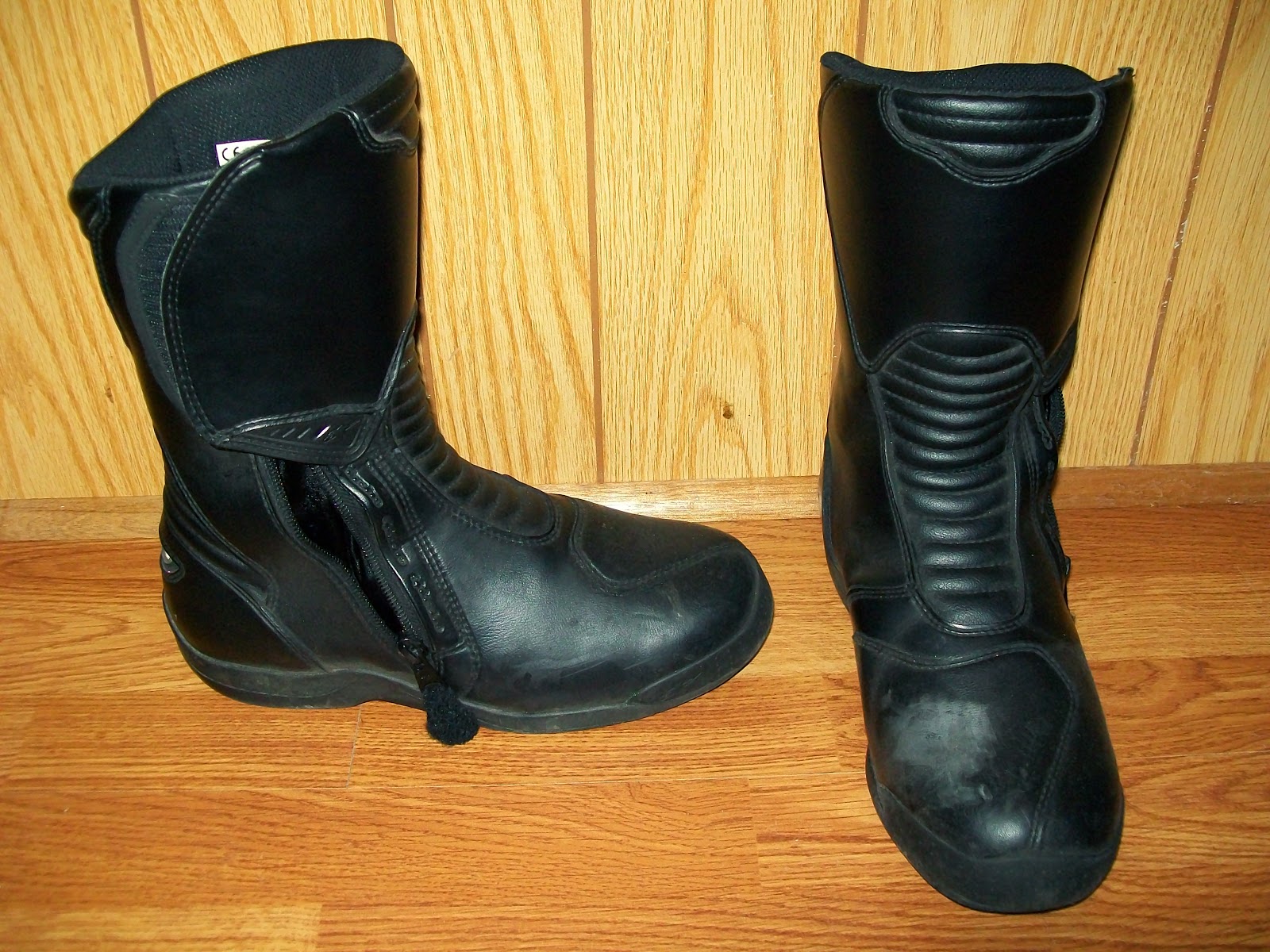 I also tested carrying the full 10L jerry can under the seat. There's more than enough space for it and it doesn't leak. Some guys I met at the forks couldn't believe their eyes when I showed them :). I removed the storage liner and put everything else in plastic bags in case it decides to let the gas out at some point. I'll need it only a couple of times, but I'll need it for sure. 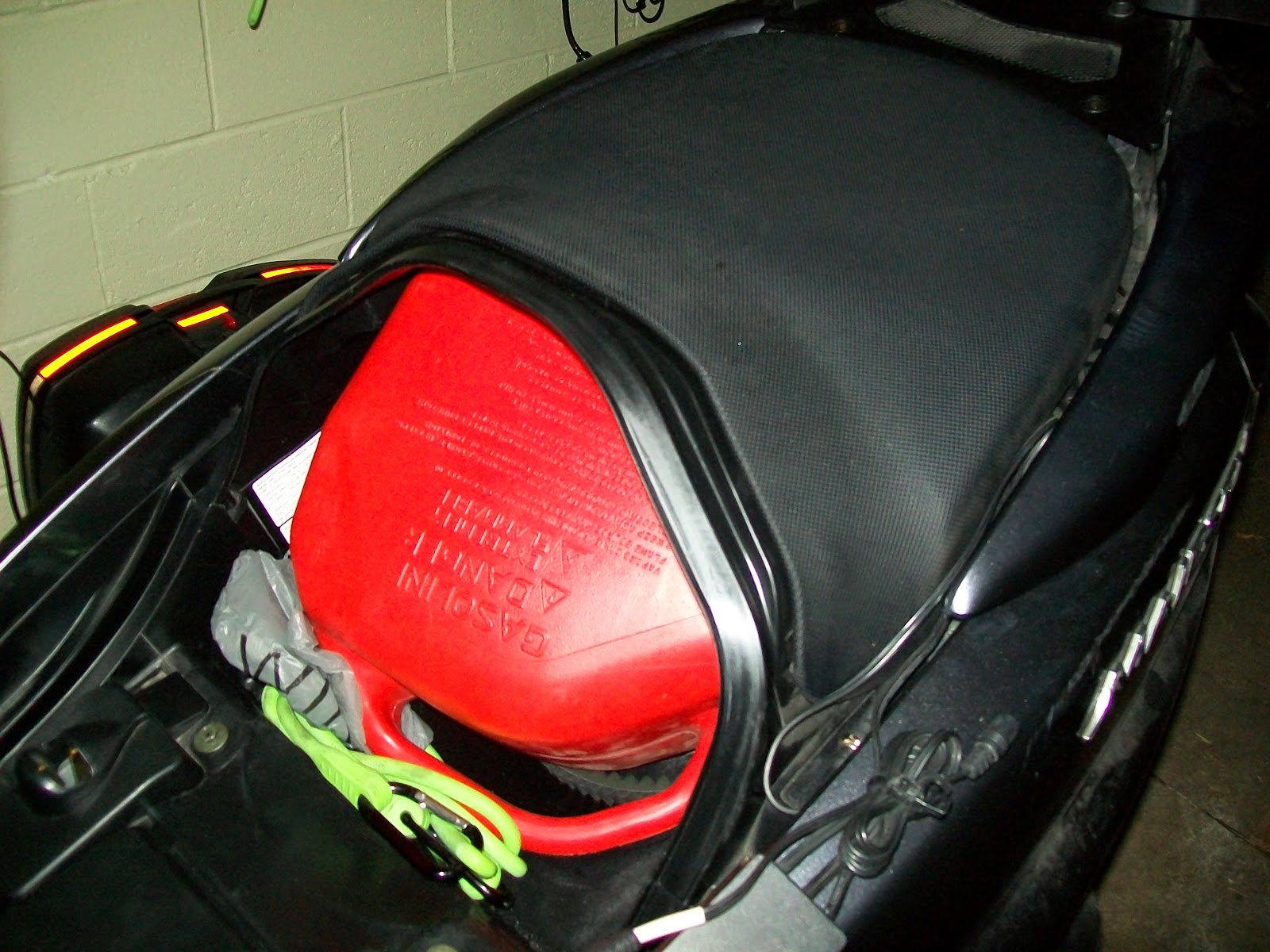 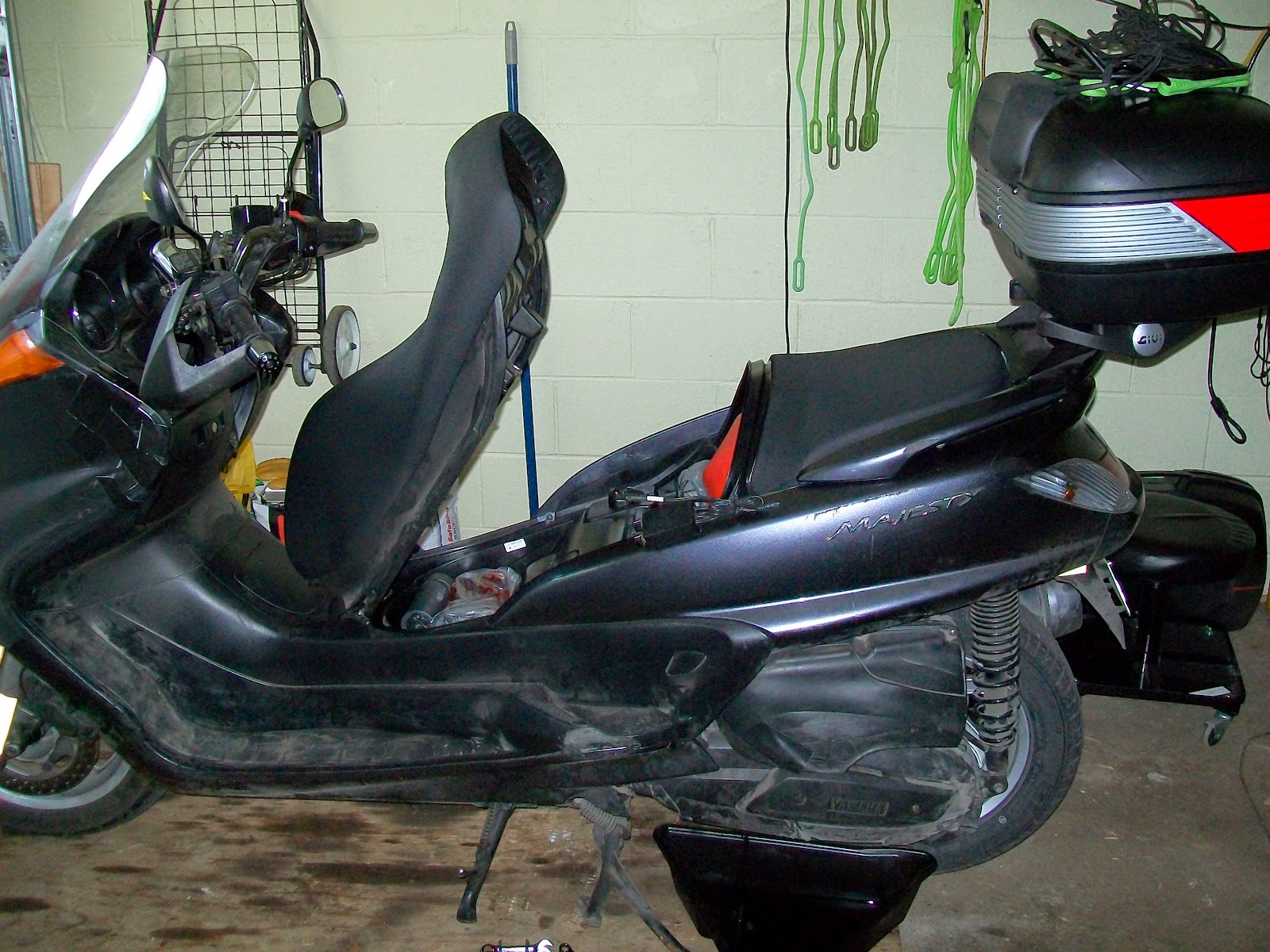 There's still room in there, maybe for some paper towels or some such necessities.

Engine oil is pretty fresh, only about 2,500Km on it, but I changed it anyway. It's too early to change it now, but I don't want to change it on the road and it will be a little too late for comfort when I get back. It's only 1.7L, so I decided to give her Majesty a treat :).

I rode some gravel and packed dirt roads today and am happy with comfort and handling. It brakes very well and 100Km/h is not a problem if the surface is hard enough.