Awakened by a knock on the door at 5:30. Cindy said that the guy scheduled at 6 didn't show up so we can unload two hours earlier than we thought, full four hours before the delivery was originally scheduled. No one is complaining, it will give us more time to rest later. 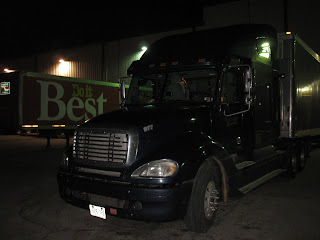 Unloaded and on our way to the next stop in Austin. It's still pitch black out, sunrise is about an hour away. Rade is afraid that we'll hit Austin just in time for rush hour.

Arrived in Austin.Wall Street it is, but wrong building. This rig is a pain to turn around in a small parking lot, but Rade is a master.

It's cold today, temperature hovering around freezing. I didn't expect that in the lone star state.

Delivered some steel pipes to Southwest Research Institute in San Antonio. They are going to apply pressure on them until they collapse and then pump them up until they burst. That's the kind of stuff they do here, ultra macho cool :). 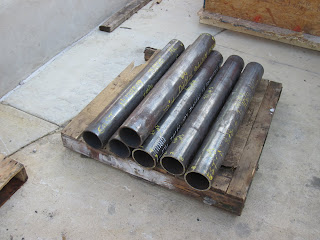 It's finally sunny again. Rolling towards our next stop.

We have to wait a while to unload three palettes of food grade acid in Elmendorf (outskirts of San Antonio), so we had a good snack. Rade is taking a nap while I'm exploring the area, shooting pictures and writing the blog. I'm fascinated by this beautiful old oak tree in the middle of an otherwise barren field. It makes a great shade with it's overhanging branches and it has a cactus growing from it's trunk up where the biggest branches split. This would be a great picnic spot, but there's no one around to appreciate it and it's on company land. 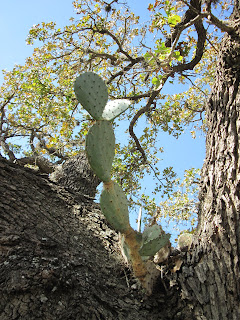 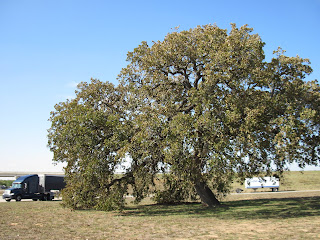 It's sunny now and getting warm enough to walk around without a jacket. Just as should be in southern Texas in early December.

Passed through some back country. Now this is more like how I imagined Texas. longhorn cattle, ranches, an oil rig here and there. Dry and mostly poor, as far as I can gauge. 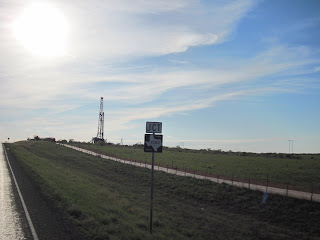 Getting close to Laredo, just passing under a highway intersection. They sure build these ramps and overpasses high here.

Parked behind a closed restaurant in Laredo, had a quick snack and a beer and headed for a stroll to downtown. We haven,t found any places inviting enough to enter and the main strip is mostly deserted. There are some places that have character though, like these drive-throughs that sell everything from cigarettes and booze to car washes. It looks like there may be some extracurricular activities there too, but we weren't inclined to check them closely (how do you go into a drive-through on foot?). 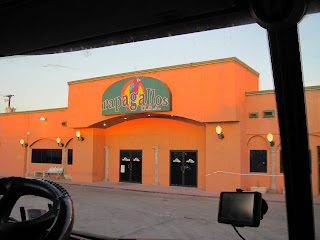 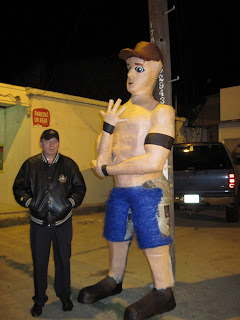 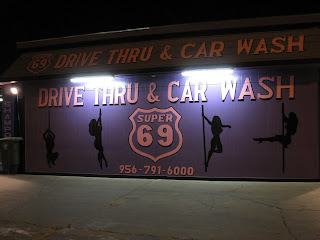 It's getting late and we are exhausted. Three deliveries today after abbreviated sleep last night. Hitting the bunks, see you tomorrow.