The two hours to and through Albuquerque were scorching! Not only did it beat the Death Valley record by almost half a degree (46.4 on my thermometer) but it also lasted longer, much longer. Amazingly, I wasn't too bothered with it. I'm afraid I'm getting used to this s*** :)). I was hoping that Los Alamos, where I decided to spend the night, is going to be more comfortable. Not only that, but the ride to there was very scenic and entertaining, from a winding road through a canyon by some Indian pueblos to beautiful climb up and down Jemez mountain. Made up for all that cooking on I40, and then some. Entering Los Alamos was weird. The town looks sinister and serious, with government buildings and security checkpoints (I was just waved by on one). I missed the last place that was open for dinner. They close at 9 on Saturday, what a party town :). Fortunately the supermarket was still open and unlike prohibitionist Canada they have beer in it too (very poor selection though, mostly American Junk like Coors and Budweiser). I took Three Cheese Rigattoni Bolognese (feeds two), a 25.5 fl. oz can of Foster's (screw those colonial measures, it looks like half a liter to me) and Vanilla pudding. Stick a fork in me, I'm done :). 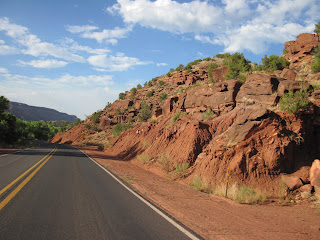 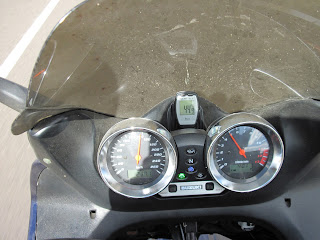 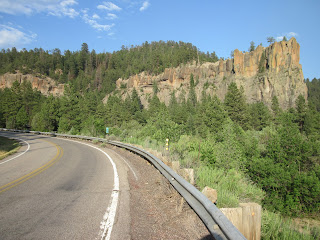